This post was originally written by me for a group blog I co-own named The Jalebi Chronicles.Check it out, it has some really good stuff. 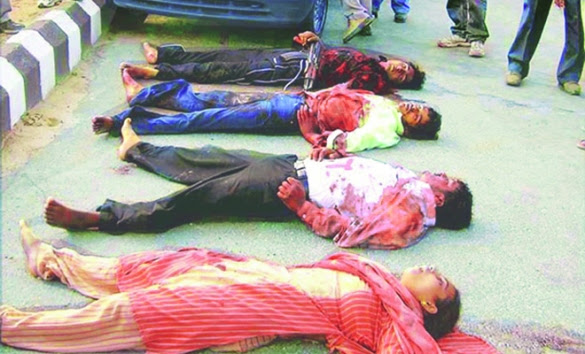 Ishrat Jahan. The name is a common one in the media these days. Everyone is aware of the Ishrat Jahan encounter but not many truly know what it is about, except for the little knowledge gleaned from what the misogyny infested media reports.. For those who are unacquainted with the case, here are the facts of the story. 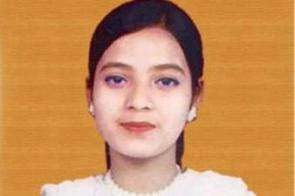 Ishrat Jahan was a 19 year old student from Mumbai who died on 15th June, 2004 along with three other men, namely Pranesh Pillai (alias Javed Gulam Sheikh,) Amjad Ali Rana and and Zeeshan Johar. The four of them were supposedly killed on an empty road stretch between Ahemdabad and Gandhinagar. The Gujarat police claimed that the foursome were terrorists belonging to LeT i.e. Lashkar-e-Taiba and were plotting to assassinate Narendra Modi due to his apathy towards Muslims and supposed involvement in the Godhra riots of 2002. They claim to have acted on intelligence tips from the Maharashtra police and more importantly, the Intelligence Bureau. However, many dispute the claim arguing that the encounter was staged in cold blood to propagate Modi’s communal propaganda. These claims have been strengthened by strong evidence backed by incriminating reports filed by the Special Investigation Team (SIT) instituted by the Gujarat High Court and the investigation by the Central Bureau of Investigation (CBI). 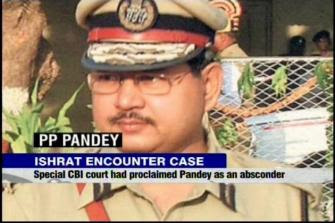 Here are the undisputed facts. Jehan worked as Pranesh Pillai’s secretary. Pillai on the other hand, had been previously booked for four assault cases and charged with involvement in a fake currency racket. He had converted to Islam in the ‘90s and allegedly, two passports were recovered along with his body; one for each alias. It is interesting to note that neither of these two had any traceable links to the LeT. The other two, Amjad Rana and Zeeshan Johar have been conspicuously ignored by the media. . These two had clear links with the LeT and worked for them as terrorists. The only dispute in regards to them was their nationality. Their bodies were not claimed by anyone.


It never ceases to amaze us how politicians can turn even the most brutal of incidents into brownie points for their political vendettas. In put it simply, if this encounter is proven to be fabricated Narendra Modi will be viewed as a communal leader and shall allow the Congress to play the secular card against him. If Modi survives this, it shall simply add to the defence he puts up whenever he the buck is passed to him for the Godhra incident and its related mishaps. Both ways, the investigation reports will spell a massive victory for one or either sides and the fight has resulted in two things; a stalemate and the vilifying an innocent girl who is unable to defend herself because she is, and pardon me for using the phrase, ‘conveniently’ dead.

Ishrat Jahan has been called everything, from a terrorist to a promiscuous female (by BJP’s Meenaxi Lekhi because she was travelling with three men and, in her eyes, that is enough to doubt her character. One cannot help but wonder what her views are about her daughter going on school trips to Lonavala with 125 other students.)However, she has been denied the most vital of all human rights; the right to life. The police had no right to snatch away her life regardless of her being a terror operative or not. Posthumous justice is one thing, but the very fact that it is posthumous is disheartening and very disturbing.Being an 18 year old college student myself, I am, scared. As a plain and ordinary citizen, what is the guarantee that you, me or anyone else shall not be the next Ishrat?

Moving on to the extent of political involvement, my disgust rises. It is simply impossible to trust either of the parties involved because the holy troika of corruption, power and politics has changed the entire game. Since the CBI is in the Congress’ pocket, their stance is anti-Modi while the BJP is supposedly deriving support from the highly secretive IB. The media groups’ ownership defines the stance they take, and the view they present depends on whether the slander they spread shall benefit their corporate overlords or not. In the middle of this however, the common man loses out on the truth. All one can say is that Ishrat might have merely been ‘collateral damage’ as two out of the four killed were terrorists. Ishrat just happened to be at the wrong place, in the wrong time with the wrong people. Of course that does not give anyone the right to brand the innocent girl a terrorist and it certainly does not justify her death. In fact, this assumption may be a far departure from the truth, but with a heavy heart, I suspect that with the web of orchestrated facts, hidden agendas and misogyny infested opinions, justice shall lie buried and the truth shall never be exposed.

DISCLAIMER: The views presented in this article represent the views of the writer alone and not the others in general.
http://www.cpmtree.com/serv/tag.js