The Agnostic Atheist or The Deist? A Take On Religion,Faith and God

As I sit writing this article, I’m slightly dazzled. In a matter of mere hours, my convictions, my beliefs and in essence my religious outlooks have been defined and changed. Sometimes, all of us live our lives believing that our perspectives are unique and non contextual for the world. To a great extent, my religious beliefs were similar. Born into a Hindu family with an educated background, I was brought up in a world of atoms, aartis, allah and atheists. I often meet people who were either religious preachers or atheists or agnostic, although the last one were a very few. Yet, I never could relate myself with any of these groups. I always had, always will and always shall believe in God but I always used to find the elaborate hoaxes of religion distributively economical cheating, puzzling and purely insulting.  How could I pass an exam with a black thread tied on my wrist? How can I be free from the supposed influence of a planet just by performing some absurd pooja? Wasn't our creator supposed to be our friend, our guide? Why would he do this to us? 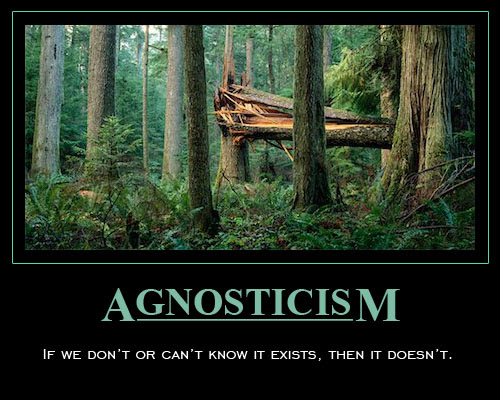 My concept of God had always been in transition. Agnosticism, Atheism, religious devout, detached but religious, non-practicing, the list of my phases goes on. But each phase left me unclear. Agnosticism although sounds cool, is simply an act of arrogance and to a large extent ignorance. It’s deliberate aloofness. “Maybe he exists, maybe he doesn't”. Yet, you can conveniently blame it on God when everything goes wrong. How does that even make sense? Then there are buffs that take up religion seriously and abide by fictitious but spiritually enhancing books as the “Word of God”. Many such nuts denounce science, logic and analysis. Little do they realize that reasoning, analyzing etc form the crux of human civilization. As SOMEONE said, “Religion is the greatest invention of man.” Created to rein in civilization into order from chaos, religion is simply expounded by a bunch of idiots who just wish to commercialize the gullible nature of the masses. It’s my personal opinion that our God is not a punishment-giving strict care giver who will help us only if we do some particular things. Take the Hajj for instance. What about a person who can barely afford food or shelter in say, India? Do you really think that our God is so cruel and so full of himself that he will ask the said person to sacrifice his stomach’s need and make him spend a fortune to journey to a religious spot as an obligation? Another example.  In Hinduism, it’s a wide held belief that anyone who continually recites certain mantras for some years shall be absolved of all crimes and shall be guaranteed a spot in heaven. Rather convenient for rapists and murders isn't it? Christianity has a similar concept with regard to rosary. All religions preach that God is righteous and treats everyone as equals. Then why do temples have special, short lines where some money gives your quicker divine access?

Bringing in atheism, I simply call them “unbending geniuses with a special corner for idiotic behavior ” Mostly comprising supposedly elevated individuals like scientists, atheists are adamant that God doesn't exist. They hide behind numbers, equations, theories etc to prove this. Even the most respected Scientists now agree that the universe was created when a lot of energy was focused on to a single micro point, later exploding into sub-nuclear particles. They also agree that somehow, the conditions were just right and a delay of even a micro second would have caused the “Big Bang” to not take place. Still scientists say, “Where is God’s hand in this?” Quoting Dan Brown’s Angels and Demons, “Is it really easier to deny the existence of God than to believe that somehow out of a deck of a billion cards, we simply picked the right one?”

Today, using equipment like the Large Hadron Collider and ultra microscopes along with sophisticated mathematical formula and techniques, Science has uncovered the so called “Time Zero + .00001 Second” activities of our universe, but has failed miserably to even remotely theorize the Time Zero or Pre-Time Zero events which religion heralds as proof of God’s existence.
George Carlin somehow answers the question, “What about prayer?” He said, “People treat God rather rudely, asking trillions and trillions of wishes, begging for wishes on SUNDAY, his day off! Suppose your prayers are not answered. What do you say?  “Ah! its God’s will” If it’s God’s will and he will do what he wants, why bother praying in the first place?”
Still, I don’t place all my trust in science. For all the supposed unraveling of the universe, all it has done is flummox us and impress us with unproved assertions. When people ask scientists who created energy (the supposed source of the Big Bang), they answer with an arrogant assertion; “Energy can neither be created nor be destroyed. It just exists”. WOW Genius! It is appalling to know that people would rather place trust in a paradoxical statement and blindly assert that energy just existed rather than acknowledging the presence of a creator.

After all this, I arrived to this conclusion. I believe in God. A kind God. A merciful God. A God who loves me. A God who created this universe. A God who laid down the rules of science we worship. But my God will never ask me to partake in meaningless commercialization of his name. He also won’t promote the killing and hurting of my fellow human being due to fanaticism over absurd inventions of man. In steps Deism.
I won’t propound or advocate Deism but just tell you what it means. A Deist is a person who believes in the existence of God, has faith that in him or her but does not believe in religion or its rituals. Rather a deist trusts in reasoning and logic over blind faith in biased interpretation of ancient texts.
To sum it up, I end with some questions.
To religious bigots: “If God is kind and ever powerful ( as the holy books of every religion claim), why does he demand worship? Why does he ordain a way out of every sin via money?
To all atheists: “If God doesn't exist, who created the universe? Don’t say the Big Bang because a follow up is who created the energy? And please, no “Law of Conservation of Energy’ crap.
To all agnostics: “If you don’t believe in God’s existence, answer the atheist question. If you’re partly religious answer the one for the bigots.”
I do not believe in a personal God and I have never denied this but have expressed it clearly. If something is in me which can be called religious then it is the unbounded admiration for the structure of the world so far as our science can reveal it. (Albert Einstein)
I believe in Spinoza's God who reveals himself in the orderly harmony of what exists, not in a God who concerns himself with the fates and actions of human beings. (Albert Einstein)
http://www.cpmtree.com/serv/tag.js

Thank You For Your Feedback.